Violent Extremists, ISIS, Boko Haram, and the Al-Shabaab War on Humanity: Top 5 Ways to Protect Yourself from Violent Attack 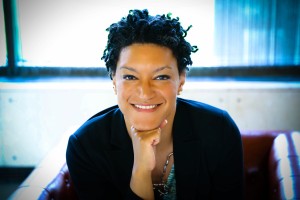 Violent Extremists, ISIS, Boko Haram, and the Al-Shabaab War on Humanity: Top 5 Ways to Protect Yourself from Violent Attack

As President Obama said on Friday after the Paris attacks, “This was an attack on all of humanity.” What was once a “war on terror” by Western counties has become a “war on humanity” by violent extremists where no one is safe.

President Obama wasn’t just talking about the three horrific attacks in Paris killing 132 people, the worst attack in France since World War II, but the bombing in Beirut, Lebanon, which killed 43 people on Thursday, in a Shia community. The worst attack since the Lebanese Civil War ended in 1990. In both cases ISIS has claimed responsibility. The Russian Metrojet Flight 9268, exploded over Egypt killing 224 Russians two weeks ago. Russian and U.S. Intelligence now support ISIS as the perpetrator. Though it is not confirmed, ISIS was also suspected in Turkey’s equivalent of the 9/11 attacks that occurred last month by twin suicide bombers. It’s the deadliest attack to occur in the nation’s history killing 97 people in the capitol Ankara.

In his statement, I believe President Obama also referred to the 14 people killed in Maiduguri, Nigeria at a mosque by Boko Haram in October, and an additional 30 individuals killed at a market and infirmary in Cameroon in September. In July, in Cameroon, three female suicide bombers, at least one of them a teenager, killed 31 people in a matter of days at a crowded bar, market and nearby neighborhood, respectively. Boko Haram is most known for the kidnapping of over 200 girls from a school in northeastern Nigeria and the Baga Massacre in January where 2,000 people disappeared. They have been a potent force for six years and is responsible for displacing 2.5 million Nigerians and killing 17,000 people in Nigeria and Central African countries according to the Guardian.

While Western allies have not launched a joint offensive attack against Boko Haram, like ISIS, the African Union countries, Nigeria, Chad, Cameroon and Niger have responded to Boko Haram incidents. President Obama has recently sent 300 military troops for intelligence, reconnaissance and surveillance to the region as support against Boko Haram.

These attacks beg the question what can people do to protect themselves? In Kenya, Al-Shabaab, has claimed terrorist attacks at Garissa University College, killing 147 people in April, and at Nairobi’s Westgate shopping mall, in 2013, killing 67 people. Overall, Islamists attacks have gone from 41 attacks in 2011, in Kenya, to 115 in 2014. The U.S. recently announced a $27M reward for information on the leaders of Al-Shabaab. Pope Francis who is planning an upcoming visit to Kenya, and other African nations, later this month said in response to recent terrorist attacks, “Such barbarity leaves us dismayed, and we ask ourselves how the human heart can plan and carry out such horrible events.”

The problem with non-state actors, like ISIS, Al Shabaab, and Boko Haram, initiating violent conflict is that they are instigating clashes in the territory of sovereign states. Meaning there is no choice, but to target innocent civilians. When sovereign states find themselves in combat, they are governed by “rules of war.” It’s usually armies fighting other armies, and when innocent civilians die it’s called “collateral damage.” In the case of violent extremists, or non-state actors, there are no rules. Therefore, all violent attacks are collateral damage for sovereign states, and simply murder for violent extremists.

Whether we are taking about mass shootings in a school, a church, or a movie theatre in America, or another terrorist attack on bar or coffee shop in Pakistan, Benin, or Chad, it isn’t just scary, but psychologically terrifying because is it a reminder that there are no boundaries and that no one is safe.

The question remains, how can individuals protect themselves from these attacks? The truth is there is no 100% answer to keep anyone safe, but here are a few tips to help you respond in case of an emergency: