In looking at the future we must first look to the past. Without a doubt, there will be key cybersecurity focuses from the past five years that will continue into 2020 and beyond. This includes mitigating phishing and ransomware attacks, IoT vulnerabilities, mobile security threats, as well as increasing secure dev ops, and continued migration to the cloud. This is probably not a surprise and something many C-level leaders are aware of whether, or not, their company has fully invested in these areas.

However, in addressing cybersecurity concerns that will impact businesses over the next 10 years they are just as complex, more deeply rooted, and in some cases harder to change. In this article I am not referring to something like quantum computing. I am referring to the challenges that have already plagued us the past few years, and can no longer be allowed to continue over the next ten years if you want to have a thriving business in the next decade and beyond. I am referencing the reality of living in a video streaming world, but still using DVDs players (or beta players) to watch movies. These threats don’t always evolve around technology. It’s a mindset that requires behavior change. It can be hard to understand, and often require us as leaders to look at ourselves and ask the hard questions.

For C-level executives, here are 7 cybersecurity threats of 2020 that will impact your business this decade if not addressed.

Jessica Robinson is CEO of PurePoint International and works as a Virtual/Outsourced CISO to middle market businesses in financial services and insurance. Jessica and her team specialize in working with companies with $100M-$500M in revenues. You can reach her at jessica@purepoint-international.com.

The Biggest Travel Week of the Year: Top 7 Ways to Stay Safe While Traveling in Midst of Terror Threats 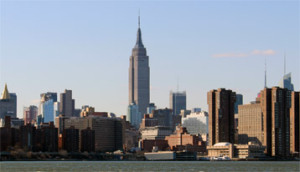 Holiday travel is already under way as Americans prepare to gather with family and friends to celebrate Thanksgiving. At a time where people are preparing to rest, feel contentment, and be safe, there is a looming cloud of uncertainty that hangs over the holiday season, leaving people to ask the question whether it is safe to travel, how to travel, and what to do if a violent attack occurs.

The Russian Metrojet Flight 9268, exploded over Egypt killing 224 Russians two weeks ago. Russian and U.S. Intelligence now support ISIS as the perpetrator. Friday, a hotel in Mali was under siege killing 21 people and 170 people were taken hostage. Al-Qaeda has claimed responsibility. Last week two Air France planes, in the United States, received terror threats causing them both to make emergency landings. A Spirit Airlines flight, out of Florida, also received a threat forcing the plane to return to the airport minutes after departure. A Turkish Airlines flight was also diverted to Canada because of a bomb threat.

As an International Safety & Security Advisor, I have completed a lot of research on international travel, including polls and focus groups, to learn what is most important to people, when traveling. I am often asked for advice as someone is preparing for an international trip. Here are some practical key learnings anyone traveling this holiday season can adopt to help stay safe when in familiar, or unfamiliar, locations. The goal is always prevention; here are tips for traveling during the holidays domestically or internationally:

Despite the fluid, and constantly evolving, environment we are living in today, I encourage you to travel, have fun, and continue to experience cultures this holiday season!